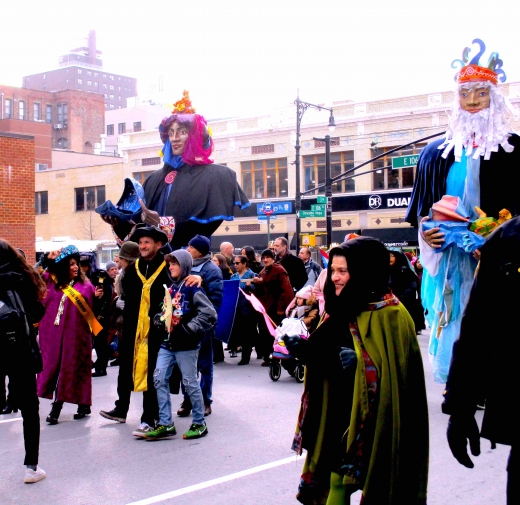 There was a parade scheduled, but once I arrived, I realized the information I had on the location seemed wrong. I asked store owners and they weren’t sure.. I asked people in front of a city housing complex who confirmed it wasn’t on this avenue, but used “ I think it’s that way. When I saw a preschool class walking, I asked a teacher and they confirmed I was on the right path.

There weren’t any “no parking” signs, the traffic was still moving. It was almost parade time. Then a police cascade began to clear the path. Stunned pedestrians asked what’s going on? Then turning the corner were hundreds of people, and floats and large puppets and bands The parade arrived and I loved it.

When it was over and walking back people asked where the parade was. They couldn't find it and they missed it. I think they were running late and the parade was large, but only 15 minutes in duration in the chosen spot to watch. They were at the starting point and the parade was now ten blocks away.

What hidden gems have you found challenging to find?Where