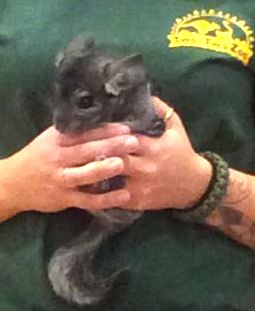 When I read that a library a half hour away from my home was holding an exotic animal petting zoo for adults, I took a double take.

It was midweek in the afternoon. I thought, “How often do I get to pet a kangaroo and a chinchilla on the same day? Would this be something that I would give a high priority to while on vacation? “ My answer was “yes”.

Following a briefing about the various animals we were invited to meet and hold the animal kingdom visitors. The energy and the joy in the auditorium was magical. Conversation flowed easily as we asked questions, commented about our observations “up close and personal”.  It was stunning to witness how certain people formed an instant connection with animals.

I let no reason or excuse stop me from attending - even though attending meant returning home in rush hour traffic … it was worth the effort.

Which of your daycations adventures were taken even though the logistics of attending were a little inconvenient? Did the benefits outweigh the inconvenience?